Most challenging assignment, yet

I am taking a documentary class with Andre Lambertson.

Our first assignment was to photograph a stranger ... in their house. 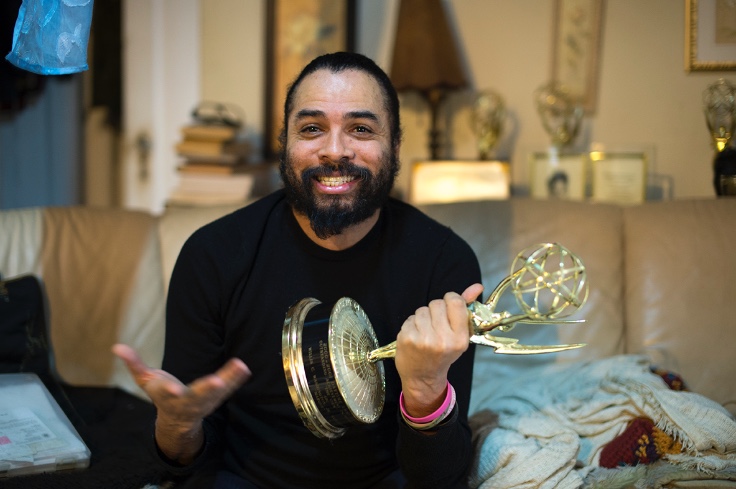 I struck gold with Marques (Mar-Key) Washington who frequents a restaraunt I frequent.

The night we received the assignment I went to the restaraunt to look for him. He was not there but a friend of

his was, and I asked her for his phone number. She gave me it when I told her my assignment.  Marques did not

return my phone call but replied to my text the next day. As luck would have it, he lived just

around the corner. I chose him because I remembered thinking he looked interesting.

Turns out my instinct was right. Marques is a Emmy-award winning hair stylist, formerly with

The View. Marques (who was born Williston Washington Jr)  grew up in an upper middle class household in

Washington, DC, in the '60's and '70. His father owned real estate, grocery stores and a record store.

His childhood, he said, "was not like those poor black families you see on TV."

Marques has great stories about being the head stylist for the

women of The View. We watched a couple of old shows. 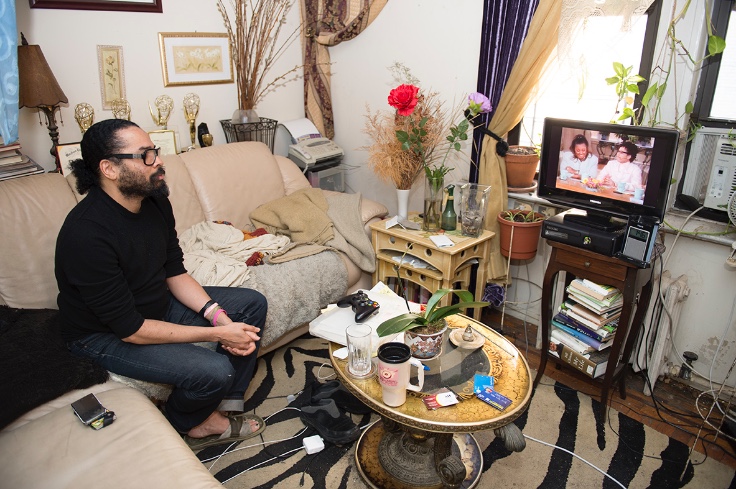 He is now working on his philosphy degree and various 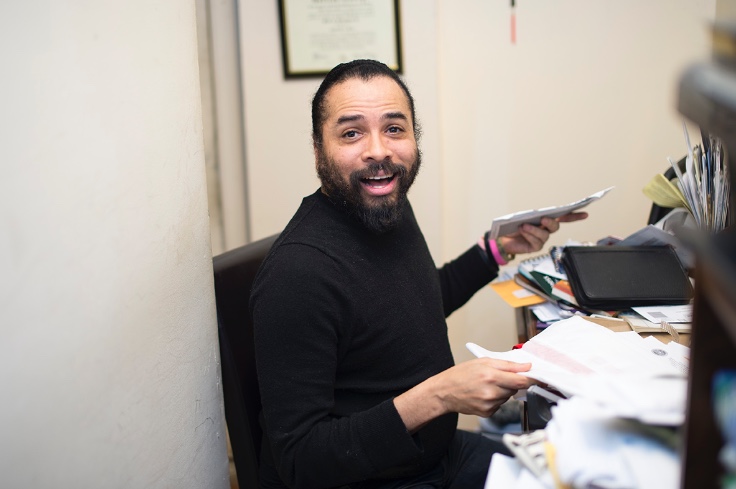 Marques is a real pro and was a pleasure to photograph. 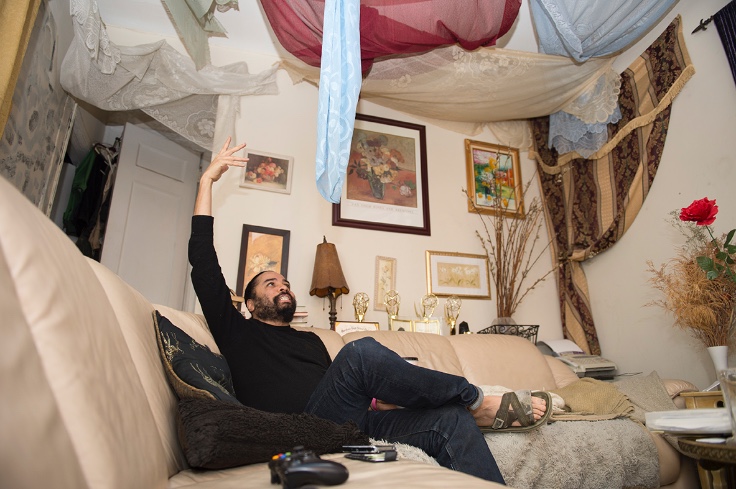 A number of other students had similar success.

The assignment was about thinking how you approach people and deal with rejection. It was about trusting your

storytelling instincts and believing in who you are as a documentary photographer. I was lucky because

Marques was the first person I approached. Of course some people would never have their photos taken by a

stranger, especially in their home. The same applies to photographing people on the street or on the subway. But

there are also people who are flattered when you ask if you can photograph them, and often times

a photographer can be the conduit by which other people tell their stories.

I thought this assignment was tough. Wait until you see the next one ...

Me - It has the potential to be a long term project ...

Jacqui - You have the perfect skill set for this assignment. No flies on you, woman.