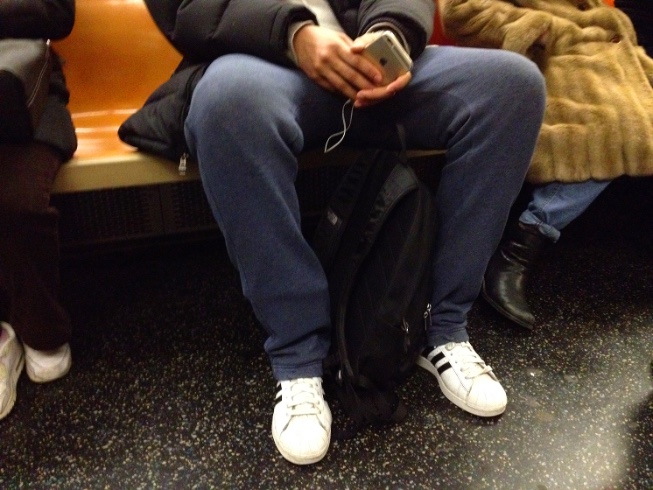 Everyday men take up 1-2 extra seats on NY subways,  forcing hundreds, if not thousands, of other

passengers to stand while they sit.  It is called Manspreading  – the wide- kneed, V-shaped  sitting position – and

it’s a problem. So much so that the MTA (Metropolitan Transit Authority) just launched an ad campaign encouraging

phenomena in yesterday's paper. The article  “A Scourge Is Spreading. M.T.A.’s Cure? Dude, Close Your Legs" can

And then there those who take up 6 or seven seats ... 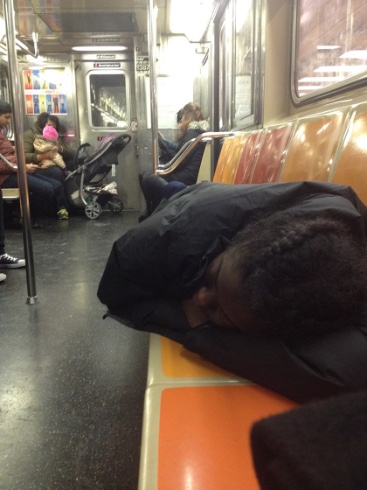